Headed for Burnout? Do Less! 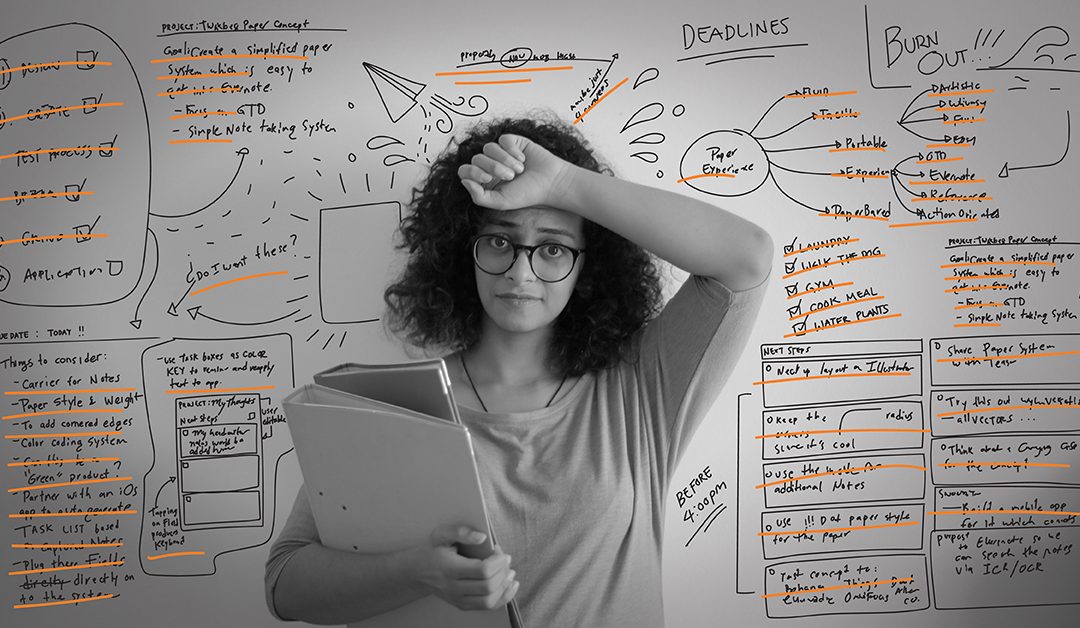 I’ve had several new clients take the first step on the journey of becoming their best by implementing the simple, proven tools of the EOS Process®.

A common theme from all of them is that they don’t have enough time capacity. They have so many things they’re trying to get done, there never seems to be enough time in the day. This is one of the first signs of burnout.

So on our first day together, we work to get really clear on the most important use of the team’s time over the upcoming 90 days.

WHEN EVERYTHING IS A PRIORITY

Years ago, one team was really at their wit’s end. They were all pulling ridiculous hours, day and night. The team didn’t want to take valuable time out of their day for our planning session, because they were already strapped to get their own stuff done. They ended up reluctantly coming to the meeting.

I had each of them write down what they believed were the three to seven company Rocks over the next 90 days. I compiled the entire list on the whiteboard.

They had a leadership team of six at the time and the whiteboard list consisted of 63 top priorities. Seeing that list created an instant feeling of overwhelmingness.

No wonder why they were feeling burned out!

Over time, the team learned a valuable lesson: when everything is important, nothing is. The more they sign up for, the fewer things actually get done. The most important things on the whiteboard list didn’t get done, because they had too many things that they were trying to focus on. And this didn’t help with their feeling of burnout. In fact, it contributed to their overwhelm.

Eventually, the team decided to limit themselves to focusing only on the three most important things for the next 90 days—no more than that.

It was painful for them at first. Surprisingly, the hardest part wasn’t picking the top three priorities—it was consciously deciding that all of the other things weren’t as important.

The team completed 100% of what they set out to do. Because they focused on the most important things, they had a big impact on the business. And by completing those priorities, it actually solved dozens of other symptomatic issues that they were feeling in the business. They got more done by committing to less, and they felt more energized than ever before. This was one of the key shifts on their journey to making the feeling of burnout a thing of the past.

Previously published on the GPS for Small Business blog