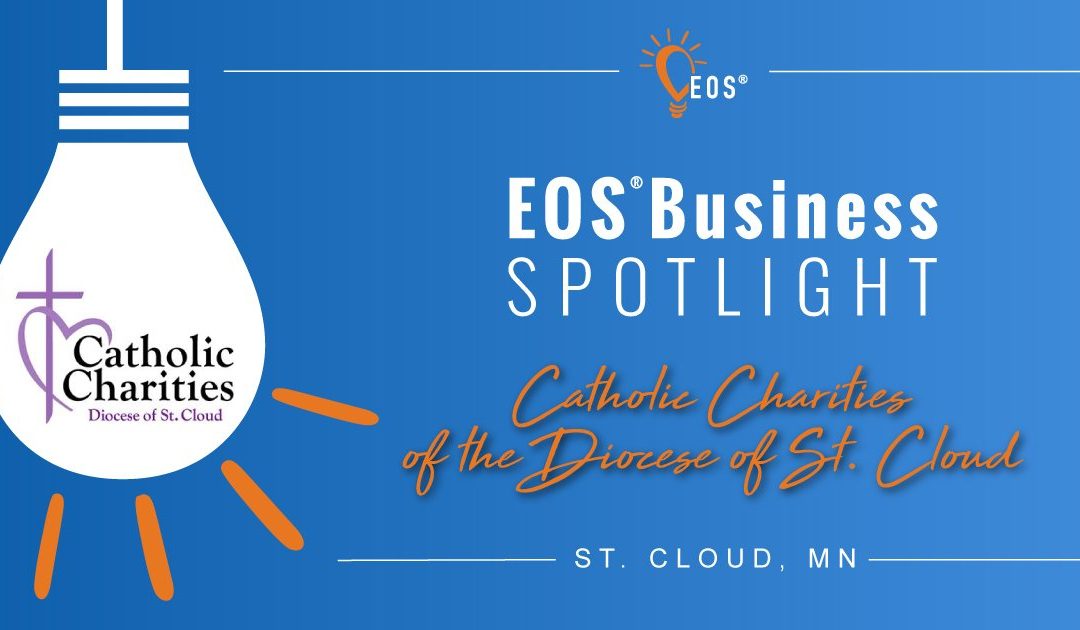 Catholic Charities is a nonprofit organization supported by generous individuals, foundations, businesses, and faith communities, serving people across the heart of Central Minnesota.

That’s how Steve Pareja, Executive Director of Catholic Charities of the Diocese of St. Cloud, responds when asked how he is feeling about all the challenges brought on by the Covid-19 pandemic. “There is no leadership training, there is no MBA program, there’s nothing that can prepare leaders to lead organizations through a pandemic,” he says.

That being said, he notes that as a charitable organization, he’s been humbled by the support that they’ve been getting continually from several donors to help through these difficult times.

“We’ve received a lot of support from the community,” he says. “And with the grant opportunities related to Covid relief we’ve received, we’ve been able to provide a lot of services and have been able to expand some services solely because people believe in what we do and provide us the resources we need to continue doing that.”

To help make the most of all the changes and challenges brought on by the pandemic, Steve credits EOS for bringing a discipline to his team that has helped point everyone in the same direction.

“We don’t make widgets and we don’t sell widgets,” Steve says. “We are a social services charitable organization. Probably the most entrepreneurial thing we do is give food away at the Catholic Charities Emergency Services Food Shelf. We’re excited if we break even!”

Steve has nothing but high praises for Certified EOS Implementer® Mike Roth who he says took the EOS Model® that focuses on entrepreneurial organizations and modified it so that it worked for his organization. Steve then reflects for a moment on his journey so far.

“As I look back with my leadership team on the three years that I’ve been at this organization, where we were both in terms of financial stability, direction, and focus, I would say we have come light years forward,” he says. “We wouldn’t be where we are today if it hadn’t been for the discipline we all put ourselves through in following the EOS tools as close to pure as possible.”

When Steve was asked to join Catholic Charities as the executive director just over three years ago, he noticed right away that there was a need for greater attention on the focus, direction, and discipline within the organization. The implementation of EOS had begun just a few months before he arrived and the tools needed to be embedded across the organization.

“We wouldn’t be where we are today if it hadn’t been for the discipline we all put ourselves through in following the EOS tools as close to pure as possible.”

“I came to the organization with a thirty-plus year history in healthcare and healthcare leadership,” he says. “I’ve been through a lot of other business models and systems. But as the new guy on the block, I decided not to upset the applecart by making any drastic changes.”

Before his first day on the job, Steve read the book Traction while looking over materials about EOS as well as the organization’s V/TO™.

“I started embracing EOS and understanding the tools,” he says. “From there, a couple of things came out of it for me that I think really paralleled the successes and failures of the other models I’ve worked with. First was the buy-in from the leadership team and second was discipline to the tools or to the model.  I decided to make this a tool that would make us a better organization.”

Part of that journey of improvement has involved turnover on the leadership team during Steve’s tenure at Catholic Charities.

“As Gino Wickman would say, we’re putting the right people in the right seats,” he says. He adds, “Turnover creates opportunities for individuals to realize their greatest potential whether it’s within our organization or elsewhere.”

Today, Steve has what he says is probably the most cohesive team that he’s ever worked with. More importantly, the Board of Directors of Catholic Charities sees this cohesive leadership team, not as one person leading the organization with a group of people following. It is truly all the voices around the table providing input.

THE POWER OF VULNERABILITY

“When we’re together as a leadership team in a meeting, I want everyone to have the opportunity to share their viewpoints, whether we’re in agreement or if we’re challenging each other. The thing is, is when we walk out of the room, we have to be a singular, cohesive leadership team. We may not get our way singularly, but we will get our way as a cohesive team. And I will say that that has worked well.”

Turnover creates opportunities for individuals to realize their greatest potential whether it’s within our organization or elsewhere.

For Steve, the beauty of this cohesiveness undoubtedly stems from the team’s ability to be vulnerable with one another.

“The respect and care people have for each other on the leadership team is amazing. I cannot describe it to you,” he says, his voice breaking slightly.

“When we get together for our quarterly meetings, there is a vulnerability and rawness we share with each other with regards to our successes and our failures. I have never seen a leadership team be that raw with one another. There have been times we’ve hardly finished with the Segue portion of our Level 10 Meeting™ and we have to take a break because it’s gotten so emotional. That has created a lot of trust between everyone on the team. That allows us to be as vulnerable as we need to be knowing that we’re going to be supported by everyone else on the team.”

WORKING TOGETHER, MOVING FORWARD – WITH EOS Steve credits EOS for bringing a cohesiveness to the organization where everyone knows that no matter what they’re dealing with, they’re going to get through it together to reach their goals.

“With the V/TO and our Rocks and Scorecards, we are all speaking the same language and we know exactly what we’re talking about. Everyone knows what the expectation is. So when you set those expectations, it really makes it easy to lead because you don’t have these variations happening in different parts of the organization,” he says.

“As we discovered, if you embrace EOS, it will move your organization forward. My organization would not be where it is today without it. I think any other organization that truly wants to move forward would benefit from using EOS.”

Catholic Charities of the Diocese of St. Cloud  is implementing EOS with the help of Certified EOS Implementer® Mike Roth

Building a cohesive leadership team starts with being vulnerable with one another, making tough decisions, then solidifying as a singular, cohesive unit to lead your organization to success.