The EOS® Tool That Helped Haul in a Big Win 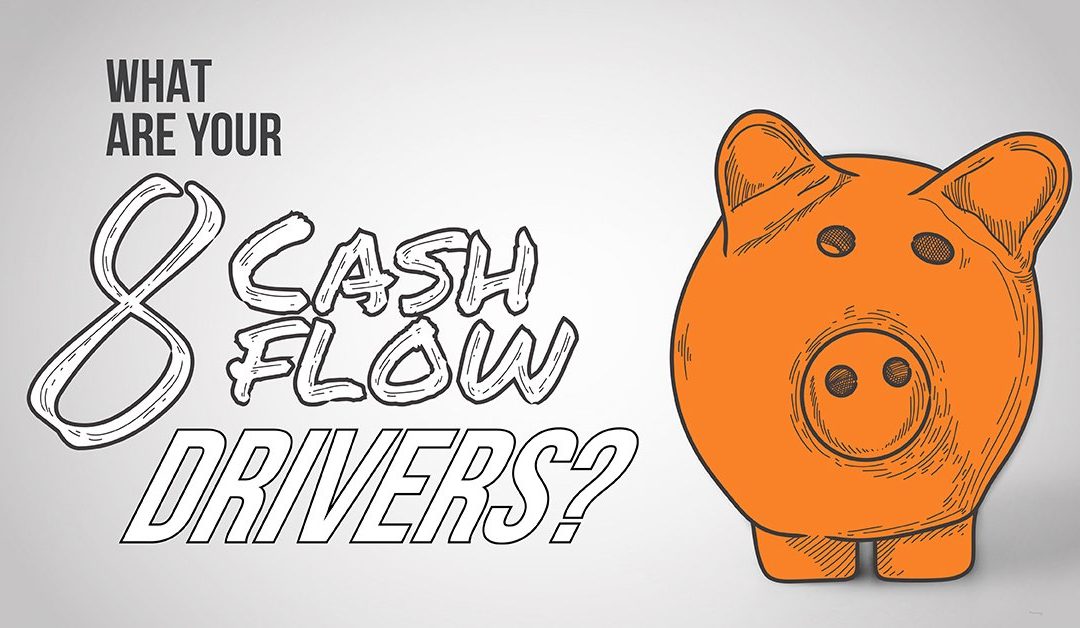 In a quarterly planning session six months ago, the team I was working with expressed great frustration with the inconsistency of their profit and cash flow. In some quarters, they did very well, while in others they barely broke even. In no recent period, however, did they generate as much profit and cash as they thought they should.

It was time for a deeper dive, so the team and I decided to pull out a tool called The 8 Cash Flow Drivers from the EOS Toolbox™ and see what we could do.

Using this tool, we built a list of more than 20 “drivers” of profit and cash—revenue, expenses, production yields, scrap rates, inventory and so on. Once we had them all on the board, we went back through the list and asked these basic questions:

Based on the answers to these three questions, we combined a few, eliminated a few, and ended up with eight drivers on which the team could focus its improvement efforts.

We then asked ourselves what a modest improvement in each of the eight drivers would look like. The team agreed that with proper focus and attention, an improvement of at least 5% was possible for a few of the drivers, while others could be improved by as much as 20%.

Finally, we estimated how those improvements would translate in terms of improved profit this year, as well as over the following two years. The math revealed that the company was sitting on an annual profit improvement opportunity of roughly $675,000, which is equal to 15% of the topline sales for this $4.5 million company.

From there, we quickly assigned accountability, decided which drivers would be measured (weekly versus monthly) and where they would be tracked (weekly scorecard, monthly P&L, balance sheet or budget). The team members then set Rocks (quarterly goals) for the performance improvements they owned and got to work on them.

FROM MODEST IMPROVEMENT TO BIG WIN

This is a quick exercise. It took the team less than 90 minutes to identify $675,000 possible profit improvements and to decide how they were going to get them.

Well, fast forward six months. For the first time in over a year, the company showed an improvement in quarterly profitability. The improvement, which was 21% over the same quarter last year, exceeded the prediction we made just six months earlier. All signs point to these performance improvements being sustained.

Here are the key things we learned using this simple tool:

If you’d like this kind of win in your business, The 8 Cash Flow Drivers and the other EOS Tools can get you there.